The crystal ball readings during the past

In the past, many people questioned the Crystal Ball. Here are some of them.

Mrs. Lalla has a problem: She is easily tired. When she was young she was living in the countryside and was spending lots of time walking. In those days there were no cars. It's only in 1913 that they were really mass-produced. Moreover, her family was not rich, they didn't even own a horse. So now that Mrs. Lalla is old she often complains when she has to walk too much. But the worst thing for her are the stairs, the more time is passing and the more they are difficult to climb. 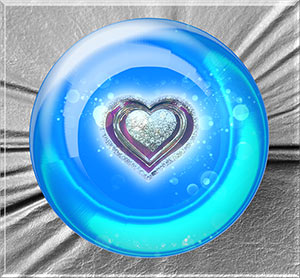 Every Wednesday afternoon she joins her friends at the local coffee shop. It's a time for sharing news and gossips. But today, there's a new guest, Eva C. She is a friend of friend, and she is coming from Sweden. She has lots of stories to tell and is really an interesting woman. But the best part is that she own a crystal ball. She shows it to the assembly and everybody is really surprised and interested. Eva explains that it is magic and have the particularity to answer any question. You can easily imagine that all the women want to try it.

The first question comes from Nina T., she asks:

It's a bit sad, but her husband died 3 years ago.

The fortune teller replies positively and Nina is really happy. Half an hour after lots of questions, the most about love and money, it is Lalla time to try the crystal ball. She asked:

- Can you tell me if will suffer climbing stairs all the rest of my life ?

What happened is that a few days later, the first escalators in the history of mankind were installed at the Crystal Palace.

A young girl, Rebeca, is attracted by a young man, Jim, and she doesn't know what to do. She asks her friend Esther, and this one replies that it is better to do nothing. She interrogates her friend Vanessa, and this one replies that she has to tell him. She spends all her day trying to get advice from everybody and, at the end, she is totally lost. Rebeca doesn't have so much experience with love. So she tried to find some suggestion in a magazine, "Relationship and love today", specialized in this kind of subject. It's useless, the more she reads, the more she feels desperate. But at the end of it there's an advertisement: "You can't find answer to your questions ? Try the crystal ball." This could be the solution.

The week-end is here and Rebeca takes a bus to go to the south suburbs. She arrives at the address that was written in the advertisement. It's an old house with a garden. There's a big queue in front the door, so she joins it. She asks the man before her if he is here for the same thing she came and that's it. So, now, she just has to wait.

One hour after it's her turn. She enters the manor-house and is stunned by the atmosphere. It's hard to explain, the old furnitures, the subdued light, the music in the background, everything is calm. She can feel she is in a magic place.

She is driven to a room. In the center, on a small table, stands the crystal ball. The owner explains to her the mode of operation, and she is ready to ask.

- Do you think it's a good idea to tell Jim that I'm attracted by him ?

The crystal ball reading is:

This is all what Rebeca needs to know. So she comes back to her home, with a bit of excitement.

The next day she mets the young man and tells him about her feelings. Unfortunately, Jim is already in couple with Maria, another girl. Rebeca feels a bit stupid, next time it will be better to find this kind of information first.

One month later, Rebeca is interested in another guy, Antonio. She knows that he is single. But she doesn't feel really self-confident. She needs an advice. It seems that last time the crystal ball gave her a bad reply. But if she thinks a bit more about it, maybe it was not so bad. Imagine she said nothing to Jim, then she will have wait for nothing. So she decides to try again next week-end.

Here we are again in front of the big old house. There is a big queue like the last time, but it's not so unpleasant because people are speaking together and, as Rebeca is not more a novice, she can tell her story and her feeling about the fortune teller.

One hour after, she is able to ask again the crystal ball about what to do:

- Do you think that maybe I could speak to Antonio about my feelings ?

Next day, Rebeca takes all her courage and goes to Antonio's house. She tells him about the fact she is attracted by him. Unfortunately, The man explains to her that he is gay.

I don't explain to you how stupid she is feeling.

Three months later, Rebeca's heart is beating for a new man, John. As you can guess it, she first asks around her if he was single and straight. And that is the case. But she is still shy and so goes back to ask the crystal ball.

- Do you think i can try to flirt with John ?

She comes back to home with a light heart. Maybe this time good things will happen. So the next day, the young woman goes to John's shop (he is working in a grocery), looks at him in the eyes, open her mouth and lets the words explain her interest. One minute later, John is kissing Rebeca.

They lived old with lots of children.

Mr Orat gets up every day at half past six. He is generically really sleepy but quickly drinks a coffee, takes a shower and washes his teeth. He leaves his home at 7 o'clock, walks 15 minutes, takes a tramway and arrives to his office at eight. All morning he is working. It's not really exciting, he is accountant, but he is like you and me: he needs money to live. At noon, he stops like all his colleague and goes eat his lunch. He comes back to work at 1 pm until 7 pm. Finally, he arrives back to home around 20 o'clock. He eats his dinner and then he doesn't know what to do next.

Generally he is tired and does not have a lot of energy. Mr. Orat has no wife and no children, so his main activity is to look the dark night through his bedroom's window.

One day, a friend tells him about the crystal ball and offers to go try it to have some fun. So the next weekend they do it.

Mr. Orat's friend first asks his question in relation with his love life and then comes our protagonist turn. His request to the crystal ball is very simple:

The answer is direct and unambiguous: "No". So He goes back home a bit more happy.

What happened is that a few days after the BBC began to broadcast.

This is a story about a normal guy, John T. As he is getting older he has a problem: All his life he stayed at the same level at his work. He is selling shoes. Now he is 40 years old and wants a better job. He wants more freedom, more respect and more money. He has a project that is totally different from what he is doing now: To open a grocery store. But he is really afraid of changes and is not able to make the first step in a new business.

He tried to speak about this with his friends, but they all have different advices. At the end he feels more lost.

One day, while he is surfing the Internet, he found a website where it's possible to ask question to an online crystal ball. This is really interesting and it's free, so he tries it.

- Do you think I need to change my work ?

The answer is simple:

He asks the question a second time and the answer is the same. He thinks that this is really a useless website.

But tonight he is in his bed and can't sleep. He keeps thinking about the answer of the online crystal ball.

Suddenly he understands that there is another way than yes or no.

He could work the day and open the grocery store between 18:00 and 22:00. It will be a bit tiring at the beginning, but he could do it for six months as to know if it is working.

Victor S. has a toothache, but he is really afraid of dentists. This feeling is coming from when he was just a little kid. At this time he was eating lots of candies. And what had to happen finally happened, he had a tooth decay. His mother brought him to the dentist and it was horrible. The dolor was so strong that he bit the doctor's fingers. You can imagine that the mother was really upset and the poor little boy had to stay in his bedroom for one week.

So Victor is trying to find a reason to not cure his tooth. That's why he asks the online free crystal ball.

You can ask: Why this answer ? Maybe because the crystal ball is feeling too much empathy some times.

You can imagine that Victor is really happy. He comes back to his house and, to celebrate this, he eats a big piece of chocolate cake. But like when he was a young boy, what had to happen finally happened. Four days later, the cavity is so painful that this time he doesn't have any other choice. So he goes to the dentist. It is 30 minutes totally horrible. But at the end of the operation he is feeling good again.

Remember that the crystal ball is just a random game and follow your common sense please !

Because there's always something to say, even if it's untrue. Don't miss the free readings.