I like the crystal ball, it's really fun to use it. So I can't stop trying it again and again even if I know that it's random. I noticed that it's better and more enjoyable to do it with someone else, so I share with you my last attempt. Let's see if it has a real prediction power and if it gives good advice. 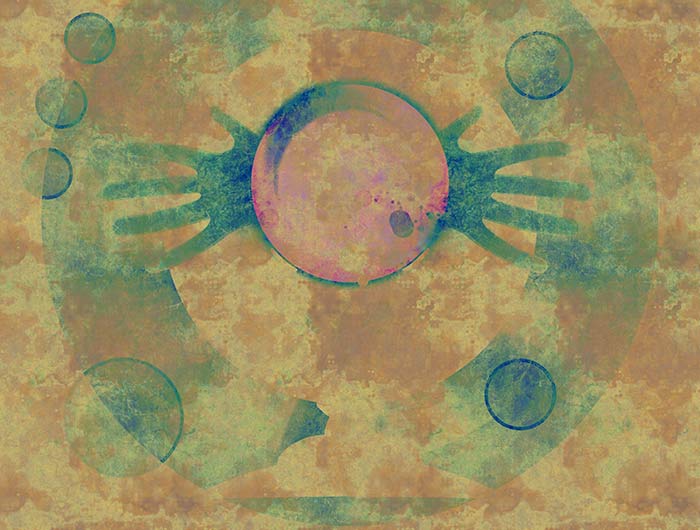 I want to start with a really simple question and to see if it confirms what I think:

- Will I enjoy the city of Rio de Janeiro ?

I'm asking this because I just arrive in this famous Brazilian city. I will stay there a few months. Yesterday it was hard to stay awake after 19:00 because of jet-lag (I was coming from London), but today I feel full of energy and I'm ready to discover my new location. I have to confess that I'm a bit excited.

I hope this prediction is going to be true. Maybe it's not possible to be sad here. The only local specialty that I don't like is sunbathing on the beach. But when the sunset comes I'm the first to sit in front of the ocean to drink a fresh coconut juice.

- Will I be able to quit smoking in the next days ?

I am reassured and that gives me more motivation. It's something very hard to do. It's now about two months I try to stop. Little by little I smoke less, and like a fool I start again. The main problem is when I party. I drink some beers and then unconsciously I light one. Then in the morning everything has to be done again. I need to concentrate and to play sport often. In the past I was able to stop during five months. If you think I was stupid to do it again, you are totally right. It happened a day I was really stressed.

Note: If you ask this question or a similar one to the crystal ball online and it replies "No", don't listen ! It is obvious that your health is more important than a simple game on Internet.

- Will the weather be good tomorrow ?

Let's check on Google to get the information now.

It will normally be sunny, between 27°C and 19°C. Maybe the crystal ball comes from Greenland and likes cold and snow but for me this is totally my optimum weather.

The true is that I like when it's heavy raining and there are lightnings and thunders. The sound is so cool, like if you are in a metal concert. But one day is enough, after the magic disappears. When I was in England there was a crazy hailstorm. It's amazing to see this ice blocks falling from the sky. But at the same time it can be a disaster for farmers.

In my actual case I don't think Cariocas (this is the name of people living in Rio) have never seen this. I have to ask. Wikipedia says that the record of cold is in July and can reach 4°C (Certainly during the night). But this may not happen every year because it is actually middle of this month and I just wear a simple t-shirt.

I speak too much, let's try a new question, something a bit strange this time.

I see that the crystal ball thinks I have to change my style. I will think about it the next time I go to my hairdresser.

The true is that this question was not so crazy. Let me try to find one a bit more extravagant.

- Can I cook broccoli with chocolate ?

It's noon, I'm going to my kitchen and I come back to give you my opinion.

Maybe I'm not a good chef but it was not a success. The worst was to clean the frying pan.

When I was digesting I thought about something. Let's ask the magic ball online.

The crystal ball seems to be as convinced as I am... I was playing guitar and some times singing when I was younger in a band. But now there's something telling me to not do it again...

The most important question

Here comes the huge question of the day. It's actually the football world cup. It's Friday and Sunday France is playing against Croatia for the final.

Are you ready for the ultimate query!?:

-Will France win the world cup ?

I know that some people want to cry now, but the answer is unequivocal. Only the future will tell the true.

Brazil lost against Belgian. It was a sad day here. Brazilian love this game, it's like a religion for them. Before the match there was lots of street vendors selling the local team t-shirt. Now they all disappeared.

Let's try now to confront the crystal ball with the future of technology.

It seems that the magic ball believe in this guy and his company. By the way, we will know the reality of this only in some years. The only thing I can be sure at nearly 100% is that I will not be part of the travel. I'm not super rich and I'm not a very smart scientist.

The medium temperature on mars is around -65°C. A bit cold to go for a walk. But the gravity is three times less than on earth. This can be really fun, like being able to make huge jumps.

It's enough for today, I will maybe see you again in the future!

By continuing to use this website, you consent to the use of cookies to offer you personalized ads according to your interests.